Student Net Alliance
Jan 28, 2015 — FCC Chairman Tom Wheeler is set to announce his proposed rule on Net Neutrality on February 5. That means that we have one week to make it clear to the FCC that we will not stand for anything less than an open internet. You’ve already signed the petition, will you help us take it to the next level? Share the petition with your friends:

Net neutrality is the basis for what has made the Internet a place where what you know is more valuable than whom you know. Don’t let giant corporations change that.

Let us know what you think at: www.FirstAmericanMortgage.net
Posted by Unknown at 11:24 AM No comments:

FUSE at the Riverside

I have been spending some quality office time at FUSE over the past two weeks and it has been exceptional. It is a great place to work and network. The food is excellent and because I am a FUSE member, I receive discounts and off the menu specials. If you have not checked out FUSE at the Riverside, get off your ass and do so!  http://boulderfuse.com/     www.FirstAmericanMortgage.net 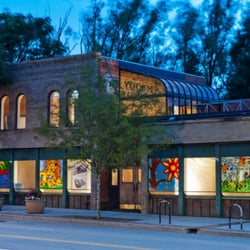 Posted by Unknown at 3:40 PM No comments: